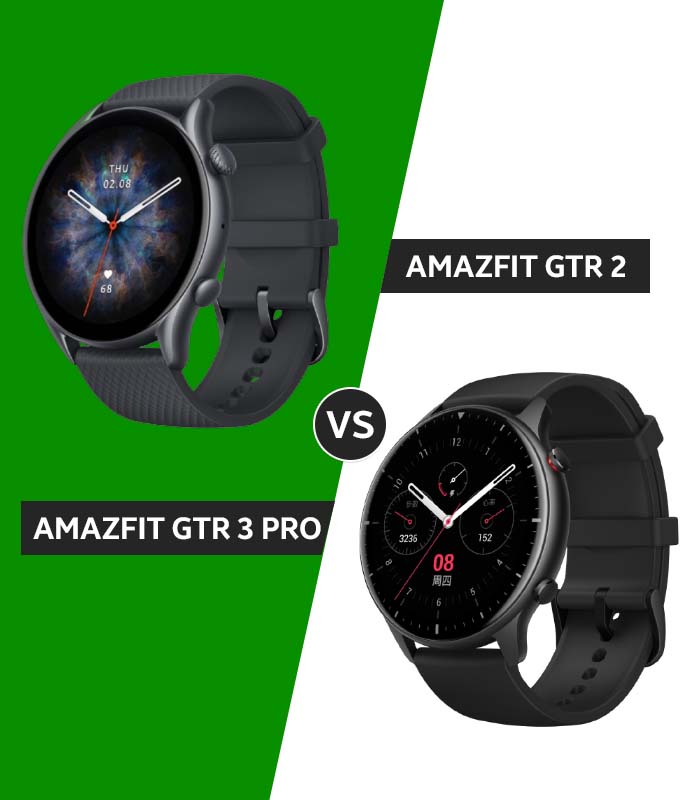 In this article, we will talk about two smartwatches from the Amazfit GTR series - GTR 2 and GTR 3 Pro. There are some common features, and there are some features that you can find only in one of the smartwatches. So, let us begin.

Let us begin with the design. Both of the smartwatches are water-resistant and dustproof. They can prevent water from getting inside if splashed by water jets but you should not dream of swimming with them. They will not be able to hold the pressure. You can play sports wearing both smartwatches because they both are sweat-resistant as well. Both watches have a touch screen. Both have an ‘always on’ display feature. You can change straps on both of them.

GTR 2 has damage-resistant Corning gorilla glass 3 while GTR 3 Pro does not have the same. Display resolution is better on GTR 3 Pro. The display size is also bigger on GTR 3 Pro, and this watch weighs lesser than the GTR 2 version.

Next, we want to talk about the sensors on both the watches.

Both the smartwatches have a heart beat monitor, GPS locator, accelerometer, gyroscope, barometer, and they both can measure the O2 level in your bloodstream.

Amazfit GTR 3 Pro does not have a 3D compass, but GTR 2 has. None of them can monitor perspiration nor do they have a cadence sensor. GTR 3 Pro has a temperature sensor while GTR 2 does not.

The watches can track the following things:

Battery life is a very big factor during the decision making. An electronic device is as good as its battery life. If the battery dies suddenly, it cannot do anything at all. So, battery life is important. GTR 2 can run for 12 days non-stop while GTR 3 Pro can last only 12 days (without GPS). So, the former has a better battery power. Both the watches show battery level indicators, and they have rechargeable batteries.

GTR 2 does not have a wireless charging option. If you leave your GPS turned on, they will not last more than a day or two.

You can take calls with them. You can locate your phones with both smartwatches. They both have call control, can give you message notifications and vibration alerts, can take commands from your voice, and have a stopwatch and silent alarm.

GTR 2 has better internal storage size, and both watches can give you inactivity alerts. On GTR 3 Pro you can shake the watch to dismiss the message notifications, but on GTR 2 you cannot do that.

We hope this little article has given you a good insight about the two smartwatches and you will be very wise to buy the best one for you. 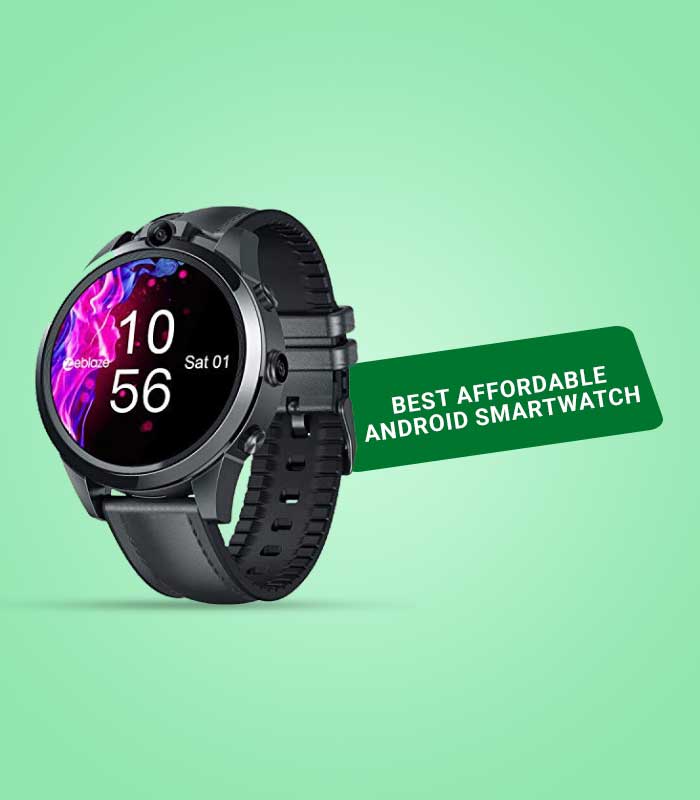 Check out these affordable Android smartwatches if you want to own one without breaking the bank! 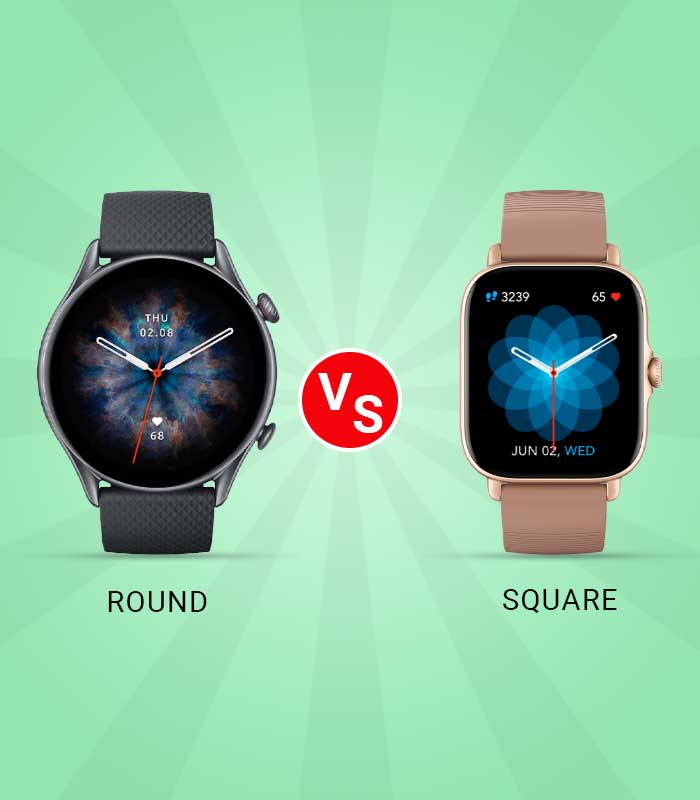 What are the differences between a round and a square watch?

There are not many differences between the square and round-shaped watches. To know the details read on. 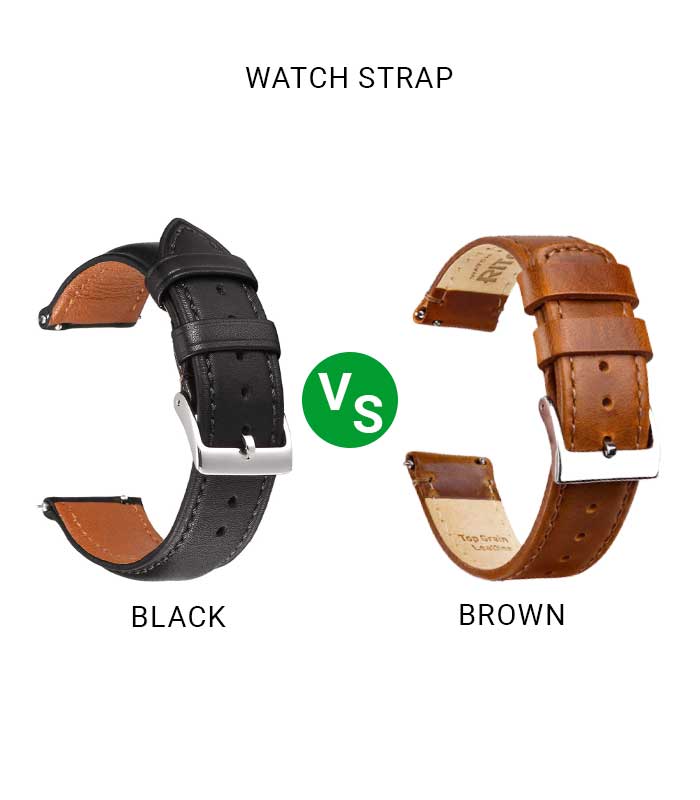 Dressing up for a function - brown vs black watch strap

brown vs black watch strap which one suits you best for the party, to know more read on. 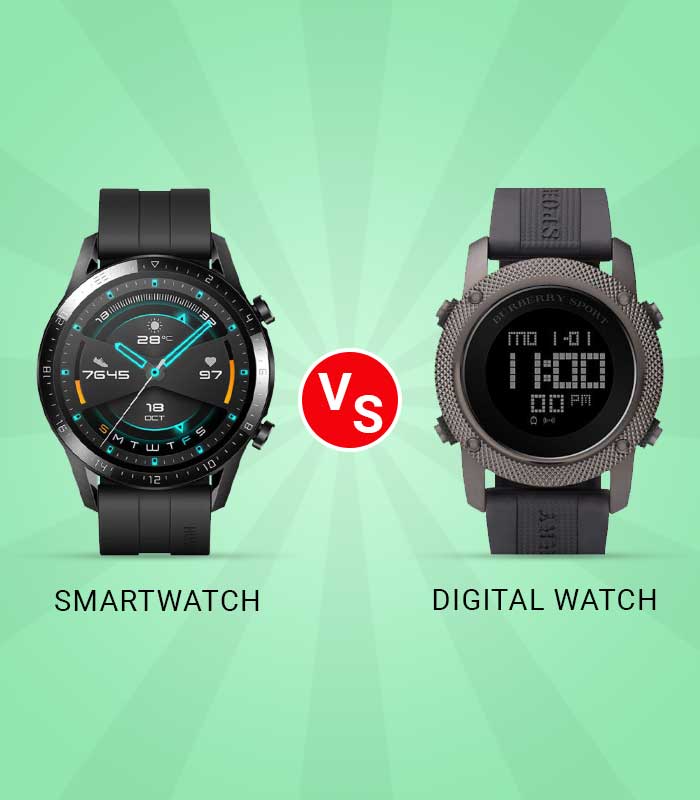 What are the differences between a Smartwatch and a Digital watch?

If you want to know smartwatch vs digital watch features, then read the full blog. 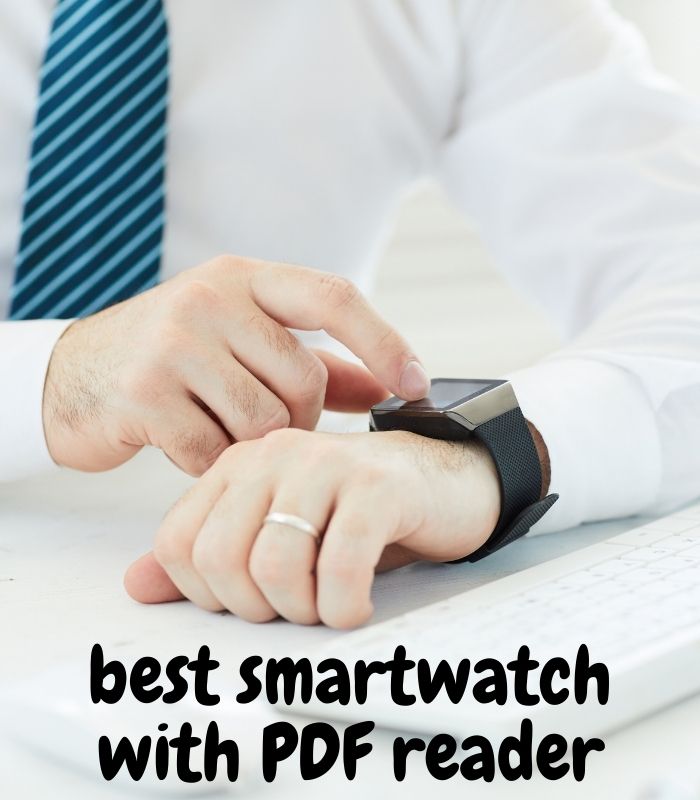 Best Smartwatch with PDF Reader You Should Buy Now

In case you're looking for a smartwatch that includes a PDF reader, this article is what you need. We recommend you to read on.